(video) MUHAMMAD WAS THE FIRST NAZI SS MAN: THE FIRST ADOLF HITLER"
(video) The Muslim Student Association has created a WALL OF LIES 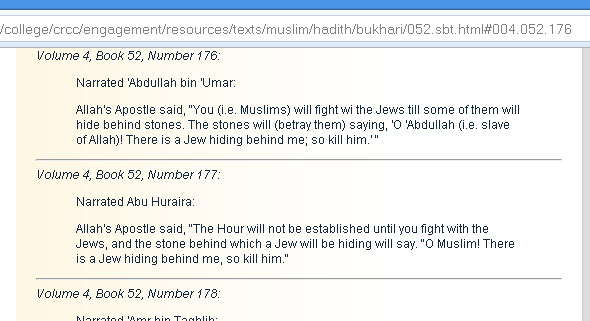 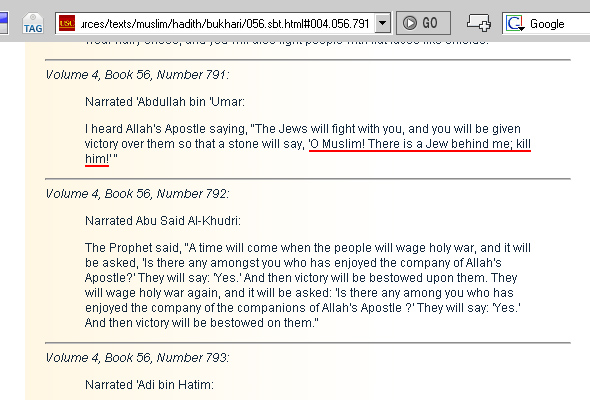 "The Last Day will not come until the Muslims fight the Jews and kill them."

- Genocide to the Jews -

(Sahih: correct, authentic)
Legend of "Understanding Muhammad"
A Psychobiography of Allah's Prophet
bye Ali Sina, ex-Muslim of Iran Chapter "Who Was Muhammad?" (p.14)
22 Abu Abdulla Muhammad Bukhari (c. 810-870) was a collector of hadith also known as the sunnah, (collection of sayings and deeds of Muhammad). His book of hadith his considered secound to none. He spent sixteen years compiling it, and ended up with 2,602 hadith (9,082 with repetition). His criteria for acceptance into the collection were amongst the most stringent of all the scholars of ahadith and that is why his book is called Sahih (correct, authentic). There are other schoolars, such as Abdul Husain Muslim and Abu Dawood who worked as Bukhari did and collected other authentic reports. Sahih Bukhari, Sahih Muslim and Sunnan Abu Dawood are recognized by the majority of Muslims, particularly Sunnis as complementing the Qur'an. 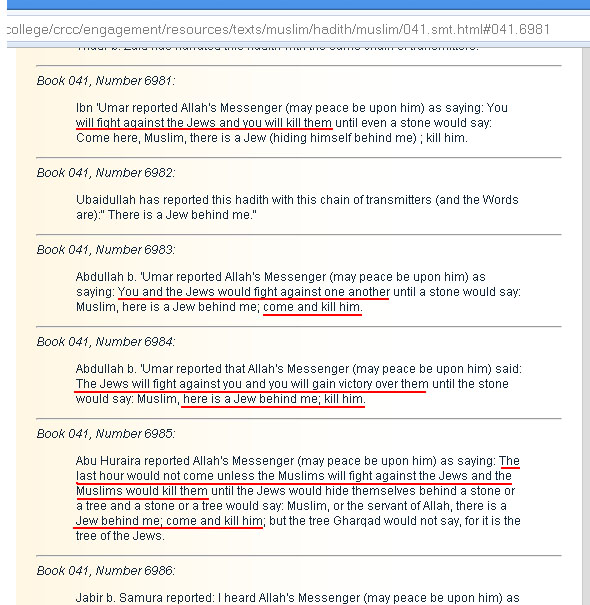