65:4 is the most ugliest & filthiest Sura of the Shit Quran
Quran 65:4 allows pedophila with an even 1-day-old infant girl
Quran Chapter 65 Verse 4

The Ultimative Form of Control 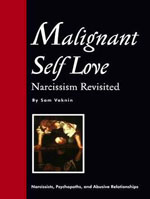 "The Ultimative Form of Control", Page 235/236 '… The invisible "Big Brother" is not only watching your actions, he is also monitoring your thoughts. There is nothing more crippling than this kind of control.

Once one stops believing in the narcissist's lies, he loses his control completely. Today Muslims are still under the sway of Muhammad because they believe in him. The fear of hell has paralyzed their thinking ability. The very thought of doubting Muhammad sends shivers down their spines and they dismiss that thought at once.

Unless it is challenged, it will continue forever, eroding and destroying the most vital of human rights — the freedom of think and decide for oneself.'


"… As you become more brainwashed , gradually you develope a sense of victimhood. You lose your own identity. You become an anonymous part of the amorphous ummah, a 'slave of Allâh …' You start seeing the world differently. … A "moderate Muslim" can become an extremist and terrorist overnight.

As long as Muslims believe in Islam, each and every one of them is a potential terrorist. Islam orders its followers to kill non-believers in the name of its god. This holy obligation is unique to Islam. Indeed, Allâh says that he loves the Mujahidin (Muslim fighters) most. They are the best of Muslims.

… Once people convert to Islam, they enter an underworld of illusions, ignorance and fear, where fantasy takes the form of reality and evil is perceived as divine. … 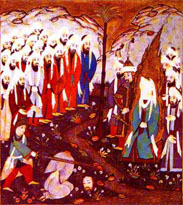 
… Islam unfolds like a creeping paralysis, slowly corrupting minds and spirits, until it produces the best of all Muslims, the jihadi, commonly known as terrorists, the most beloved ones of Allâh and his prophet …"

Page 221 "… The West is guilty — guilty of complicity, of appeasement and of self deception. As required summer reading for first-year students, Prof. Michael Sells of the University of North Carolina compiled a book called Approaching the Qur'an where only the "nice" teachings of the Qur'an pertaining to the early Meccan verses were handpicked and the violent, bloody verses that call for killing, looting and raping unbelievers, those that churn the stomach of any sane person that were written later in Medina were deliberately left out. This is nothing but playing the game of deception. The same deception is found in the books of Karen Armstrong and John Esposito in their definition of Islam. Young Americans are being lied so. A false image of Islam is being portrayed for their consumption by some western academicians, God knows for what reason. And when these kids believe in these lies they are fed, trust others judgments, and go on to practice Islam, we brand them as terrorists, jail them, and prosecute them. Isn't this hypocrisy? These children are not guilty. They are the products of our sick ethos called political correctness. …"