that the Prophet (ﷺ) married her when she was six years old and he consummated (nice word for raped) his marriage when she was nine (lunar) years old, and then she remained with him for nine years (i.e., till his death)."

A Muslim man can marry (and have sex with) even a one day old infant girl 65:4 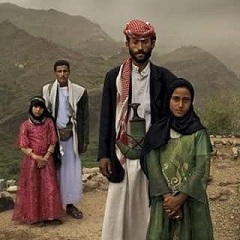 Not father with daughter

In Arab countries a women has to consent her marriage, or it is null and void


I refuse to coexist with people (vice versa 41:28) who follow a pedophile child rapist, the "best example" 33:21 to emulate from Muslims:ahs; have divine mandate to behead Koran-critics 45:8-9, like me "over their vision is a veil. And for them is a great punishment." 2:6-7