Pamela Geller About
Email me
"Evil is made possible by the sanction you give it. Withdraw your sanction"

Video: Michael Coren on Fox speaks out on honor killing: "this was something intrinsic to Islam" 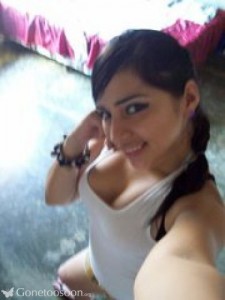 …“There is no such thing in Islam that if somebody is bringing disgrace to your family’s honour that you go out and kill that person,”

“There is no usage of Islam to justify their crimes,…” 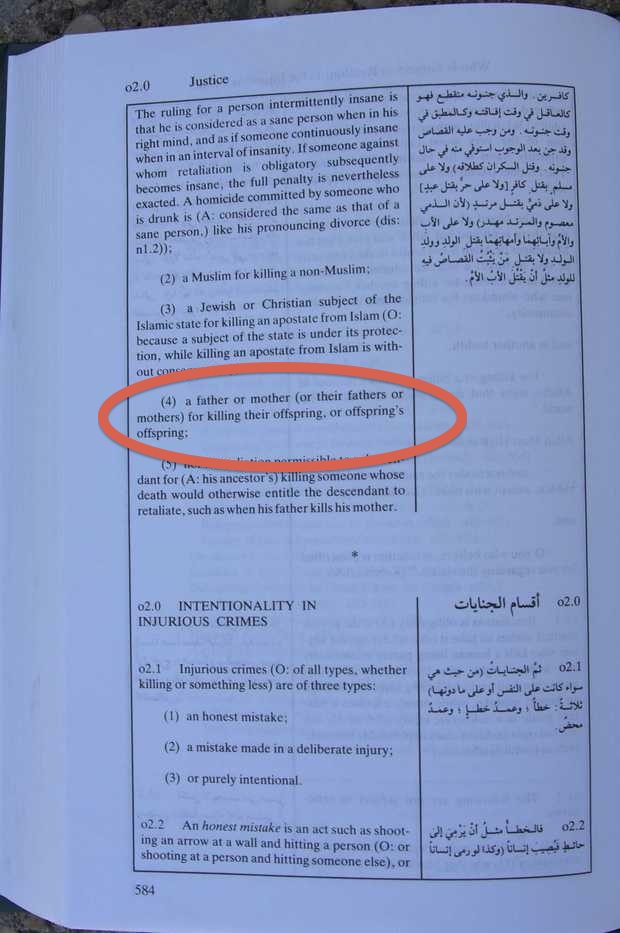 Feb 3, 2012 Pamela Geller ...*Above scan is from these pages from one of the most important English-language sources for the content of Islamic law: Reliance of the Traveller: A Classic Manual of Islamic Sacred Law: It is certified by Al-Azhar University as a translation that "corresponds to the Arabic original and conforms to the practice and faith of the orthodox Sunni Community...":

In Book O, titled "Justice," in section 1, "Who is Subject to Retaliation for Injurious Crimes," section o1.1 reads, "Retaliation is obligatory ... against anyone who kills a human being purely intentionally and without right..."

However, o1.2 clarifies (above) that "The following are not subject to retaliation" and then lists — after the lovely, egalitarian "Muslim for killing a non-Muslim" (9:5) and "Jewish or Christian subject (9:29) ... for killing an apostate" (4:89) — "(4) a father or mother (or their fathers or mothers) for killing their offspring, or offspring's offspring." 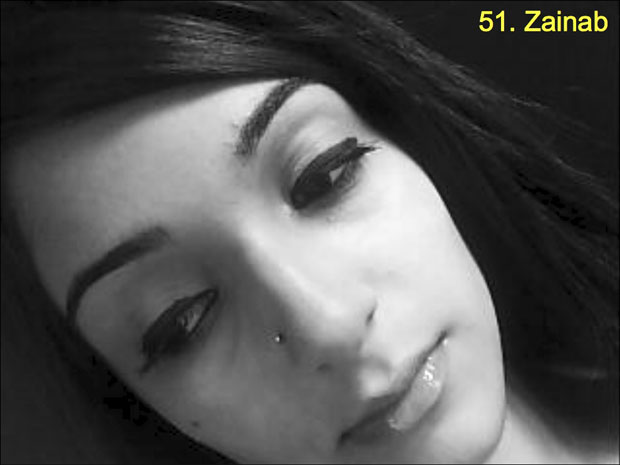 ...Perhaps the Shafia case will serve to wake Canadians up to Islam's true nature.... 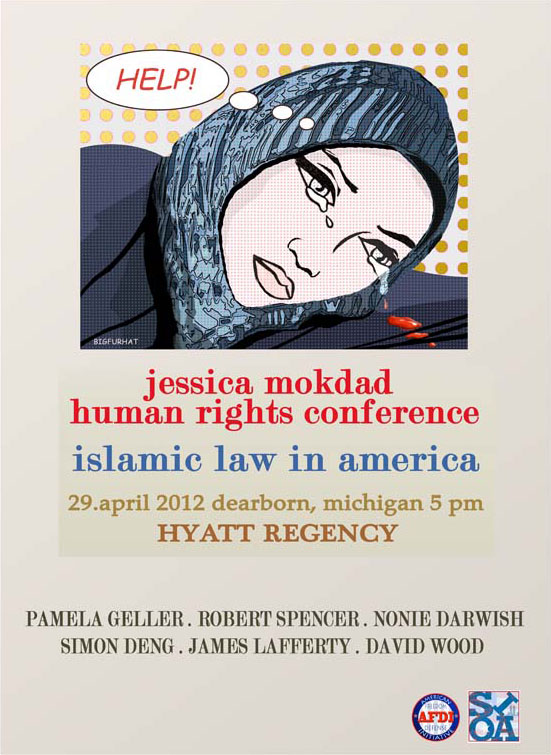