"If there is even one percent of Islam you are not implementing, you are an infidel. It's a total program." — Mawlawi Abdul Salam Abed 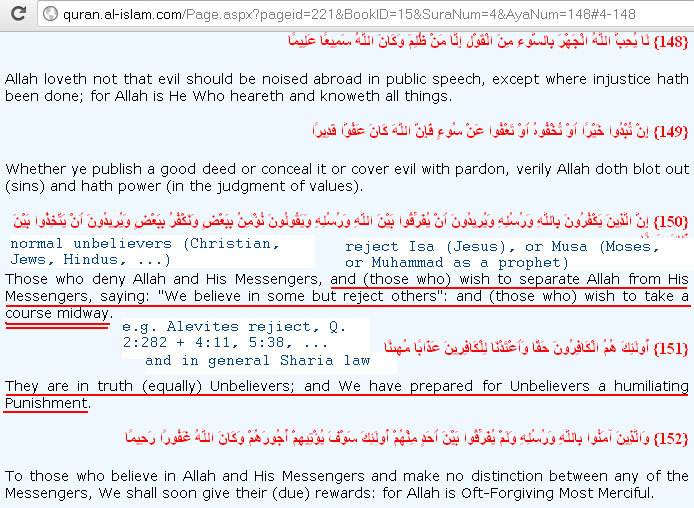 Alevism and Alevi (orig, German) "...The Alevis reject the Shariat (code of law in orthodox Islam) and Sunnah (behaviors and techniques in orthodox Islam) from and advocate freedom of religion (secularism), human rights, women's equality in society as well as knowledge and education...." (reject: Q. 3:85 no freedom of religon, 2:282 + 4:11 A woman is worth one-half a man, 5:38 "(thieves) cut off his or her hands" of Allah who rejects secularism, e.g. democracy)

Alevis will not be seen as Muslims from Sunnis & Shias

Ali ibn Abi Talib, the first of the twelve imams of Alevism
(like the Shias, Alevism had been created from Shiism)