… without "musical instruments" Bukhari … only allowed in Islam Allah, the sadist — Q.10:4 “… draughts of boiling fluids … because they did reject Him.”

1 MB "Why The Crusades Were Called"
… from "New York Times" bestselling book "The Politically Incorrect Guide to Isalm (and the Crusades)" by Robert Spencer, Director of jihadwatch.org

(video) Nasheed: Jihadists & Martyrs will "not be touched by (hell) fire" Bukhari

"blocked worldwide" by ShariaTube … although on this source channel still available

0:50 Min The black flag of Islam, Dar al-Harb, "The House of War (ALL non-Muslim countries)" and the white flag with black letters (Shahada, i.e. creed of Islam) is Dar al-Islaam/as-Salam, "The House of Peace™" (only Islamic dictatorships)

3:20 Min "… O the land of light from the two Holy Mosques,
and the birth of our religion (Sharia)"

It's the name of Muhammad that is "the Guide",
the spirit of hope for our renaissance (rebith)

ALLAH & his terrorist organization Islam
WILL CONQUER & DOMINATE THE WORLD 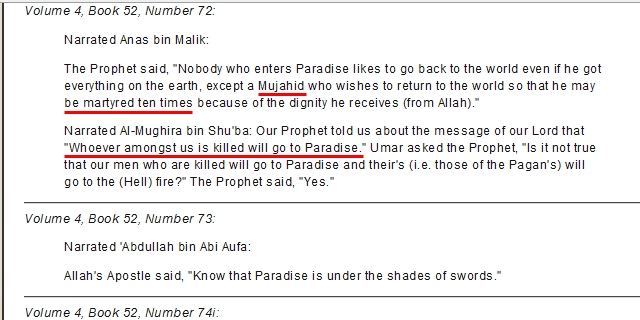 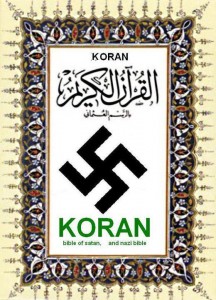