"The COMPLETE INFIDEL'S GUIDE to ISIS"

(video, 2 Min) "… eliminating and destroying Western civilization from within and 'sabotaging' its miserable house …"

'Isamophobia' — a cure by Dr Spencer

(below mainstream media vs. Robert Spencer)

'… The neologism "Islamophobia" did not simply emerge ex nihilo. It was invented, deliberately, by a Muslim Brotherhood front organization, the International Institute for Islamic Thought, which is based in Northern Virginia….' Islamophobia is now called "anti-Muslim racism"


4:20 9:29 "Fight those who do not believe in Allah ... until they pay the Jizya (high protection tax) with willing submission, and feel themselves subdued"
Latest political Medina jihadi surah, marshal warfare, offensive jihad 'talab' … until there is no more fitnah & "religion is ALL for Allah" 8:39
Media Player Error
Update your browser or Flash plugin

Pat Condell "To explain or to interpret the Quran is surely an attempt to undermine the pure word of God. To adulterate it with a human perspective"

Quran, a book out of context “Doctrine of Abrogation” (Naskh)
The Qur'an’s tolerant verses: "canceled"


~ 05:00 Question of an journalist about Islam and Islamism


"Of course, there is NO distinction between Islam and

IslamISM (520 KB) within Islam. Within the Islamic comunities. You can not find any people who say, "Oh no, I'm an Islamist" or "I am not an Islamist, I am a Muslim!"

This is a fictional construct "IslamISM" that is created by Western analysts, because they couldn't face the fact that these things are essential to Islam. And so they want to pretend that there are some distinction.

And certainly there are many peaceful Muslims, but they don't have a theoretical construction of Islam behind them. They just not as Muslims as the other ones. Thank you!"

198 KB Ali Sina "… Islam will become a dead religion in no time. I believe in the power of truth. Tell the truth and Islam will be destroyed in our own lifetime…."


‘… And that's why Infidels have a responsibility to themselves and to their children to know exactly what is in the Koran, and to act accordingly … It's not a matter of “hate.” It's a matter of survival.’

‘… allows for marriage to pre-pubescent girls, stipulating that Islamic divorce procedures “shall apply to those who have not yet menstruated” ’ Q. 65:4


The "journalist" asking me the when-did-you-stop-beating-your-wife question in the video is Per Gudmundson, an editorial writer at Svenska Dagbladet (photo courtesy Markus Ketolainen, SD Television): 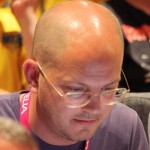 The Swedish MSM (Main Stream Media "Quality"-Journalism) gave the event its typical baised coverage. That the Swedish MSM invites leaders of Islamist organizations to denounce Spencer, without commenting on the activities and links of these leaders, is troubling, but hardly unexpected.

20 KB “…There are two classes of Muslims: the real Muslims

and the wishy-washy Muslims. …” 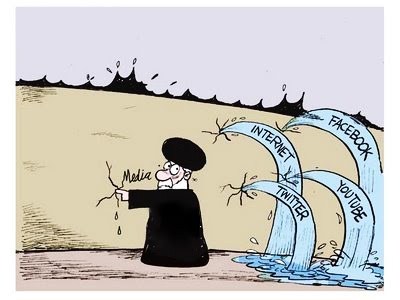