Q. 5:39 Thieves who repent (Tawbah Nasuh) must still be punished 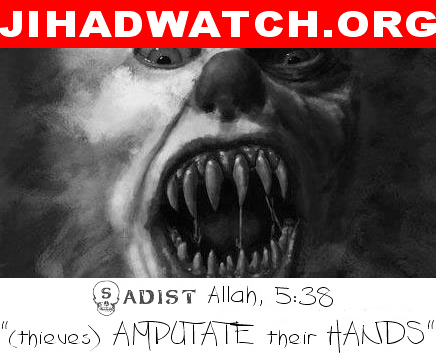 3 Min "… there are rules"(?)
Fabricated rules! "professional thieves who are trained for stealing" are not mentioned in Allah's Quran 5:38!

When a little kid steal in a supermarket a candy bar (about 50 cent),
to the evil law of the sadist Allah, his hand will be cut off. 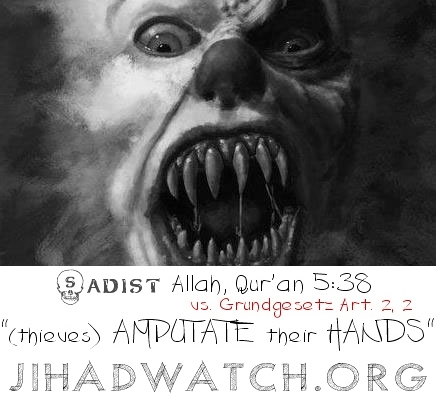 A thief has turned away from Allah, i.e. become an apostate, and has "poisoned" his body

… He, the coward sadist Allah will turn then to the thief (went away from Allah) in "foregiveness"

After being catched, no one will believe that the repentance is meant honestly, instead of only avoiding the sadistical punishment


What part of this barbaric & sadistic verse direct from Allah, Q.5:38 "(thieves) AMPUTATE their HANDS"
is "misunderstood?" — That it means only, Allah celebrate a coffee party with the thieves!?

Q. 59:7 Allah refers Muslims to take Mohammed's EXAMPLE, which only comes through HIS HADITHS (ahadih Sahih)