—Supreme legislator, Q5:48 "… For each We have appointed a DIVINE (Shari'ah)law"

Stoning in Islam — According to Hadith Sahih Bukhari & Muslim
(202 KB)

"...The caliph Umar, one of Muhammad's closest companions, even maintained that it was originally in the Qur'an:


'Umar said, "I am afraid that after a long time has passed, people may say, "We do not(?) find the Verses of the Rajam (stoning to death) in the Holy Book," and consequently they may go astray by leaving an obligation that Allah has revealed. Lo! I confirm that the penalty of Rajam be inflicted on him who commits illegal sexual intercourse, if he is already married and the crime is proved by witnesses or pregnancy or confession." Sufyan added, "I have memorized this narration in this way." 'Umar added, "Surely Allah's Apostle carried out the penalty of Rajam, and so did we after him." (Bukhari, vol. 8, bk. 82, no. 816) 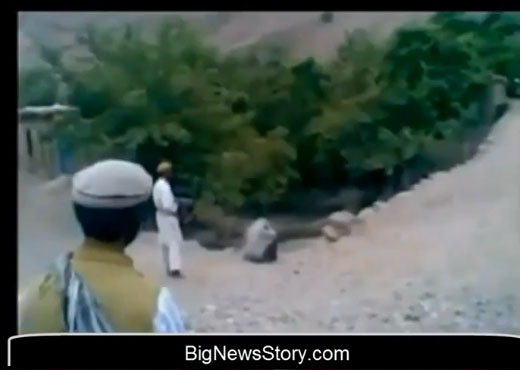 "...And in case of married male committing adultery with a married female, they shall receive one hundred lashes (Q.24:2) and be stoned to death." Saheeh ("reliable") Muslim Book 17, Number 4191

Stoning in Islam - According to Hadith Sahih Bukhari & Muslim


Ex-Muslims are the Best Allies the World has in this war. They know the evil of Islam, they know the value of freedom and they are determined to preserve it.

Please email your queries wherever possible.

(Graphic video) Jan 2011: Stoning of Taliban ("Qur'an scholar"),
according to the