8:12-4 Tafisr "… strike them on their foreheads to tear them apart and over the necks to cut them off[ beheading ], and cut off their limbs, hands and feet. … فَوْقَ الأَعْنَاق (over the necks), refers to striking the forehead, or the neck, …"

Page 13, 1.7 MB “… This (beheading) is because they defied and disobeyed Allah and His Messenger. (i.e. reject Quran) ” — from Islam is terror 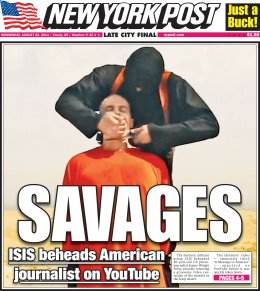 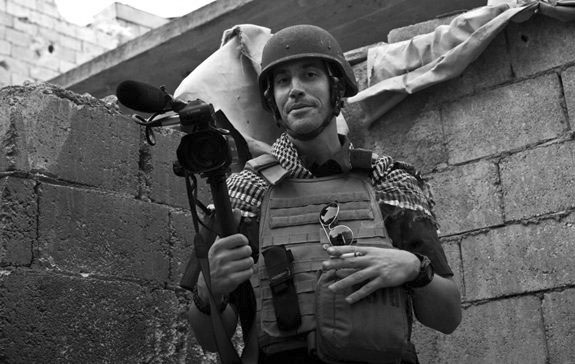 … murdered by coward Koranimals - hiding behind a mask

Coward#1 mafia godfather Allah Q8:17 "It is not ye who slew them; it was Allah … that He might TEST the Believers"

"Some people from the tribe of 'Ukl came to the Prophet and embraced Islam [embrace only as so-called "Hypocrites" Q.33:23,24 fear of being killed, Q9:5]. The climate of Medina did not suit them, so the Prophet ordered them to go to the (herd of milch) camels of charity and to drink, their milk and urine (as a medicine). They did so, and after they had recovered from their ailment (became healthy) they turned renegades (reverted from Islam [Allah, Q4:88-89 "kill them wherever you find them"]) and killed the shepherd of the camels and took the camels away. The Prophet sent (some people) in their pursuit and so they were (caught and) brought, and the Prophets ordered that their hands and legs should be cut off and their eyes should be branded with heated pieces of iron, and that their cut hands and legs should NOT be cauterized, till they DIE."