or whosoever participates in such a group as a member shall be liable to imprisonment from one to ten years.

250 KB "The Prophet Muhammad as a Jihad Model"

3:151 “Soon shall We cast terror into the hearts of the Unbelievers, for that they joined companions with Allah, for which He had sent no authority; their abode will be the Fire; and evil is the home of the wrong-doers!”

7:3-4 "… How many a township have We destroyed! As a raid by night, or while they slept at noon, Our terror came unto them."

The prophet of Islam boasted on his death-bed, "I have been made victorious with terror" Sahih Bukhari Volume 4, Book 52, Number 220


"The Story of Mohammmed Islam Unveiled" by Harry Richardson (October 2013) Battle of the Trench
Page 48-50 "… From the Sira: 1648 Mohammed called upon his troops, and they headed for the Jews. Mohammed rode up to the forts and called out, "You brothers of apes (Allah, Quran 2:63-65, 5:58-60, 7:163-166) has Allah disgraced you and brought His vengeance upon you"
The Jews had no choice but to convert to Islam or to surrender (later in Q9:29) and face Mohammad's judgement. They did not want to convert and so Mohammed chose one of his lieutenants to make a judgement for him."

From Bukhari: B5,58,148 "When some people of the remaining Jews of Medina (i.e. the Jews of Bani bin Quraiza) agreed to opey a verdict from Saed, Mohammed sent for him (i.e. Sad bin Muadh). He approached the mosque riding a donkey and Mohammad said "Stand up for your leader." Mohammed then said, "Saed, give these people your verdict." Saed replied, "Their soldiers should be beheaded (killed, 8:12, 47:4 & 5:33), and thier women and children should become slaves (e.g. 33:50 Muhammad was a slaver)." Mohammed, pleased with the verdict, said "You have made a ruling that Allah or a king would approve of."

"… The Jewsish men were made to dig their own graves, Mohammed and his 12 year old bride (Q65:4) then sat and watched all day and into the night while 800 of them were beheaded. Any boy did not have pubic hair was saved (Abu Dawud Book 39, No. 4390) and raised as a Muslim. The spoils were then divided up with Muhammad taking his usual twenty percent (Q8:41) and the rest being divided up amongst his warriors. The women were taken to the nearby town where they were sold as sex slaves (Q33:50). The one execption was the most beautiful Jewess who Mohammad took to use himself. He had killed her husband and all of her male relatives, and now used for his own pleasure. …"

The Koran makes mention of this event:
33:26 “And those of the People of the Book (Jews) who aided them - Allah did take them down from their strongholds and cast terror into their hearts. (So that) some ye slew, and some ye made prisoners.” 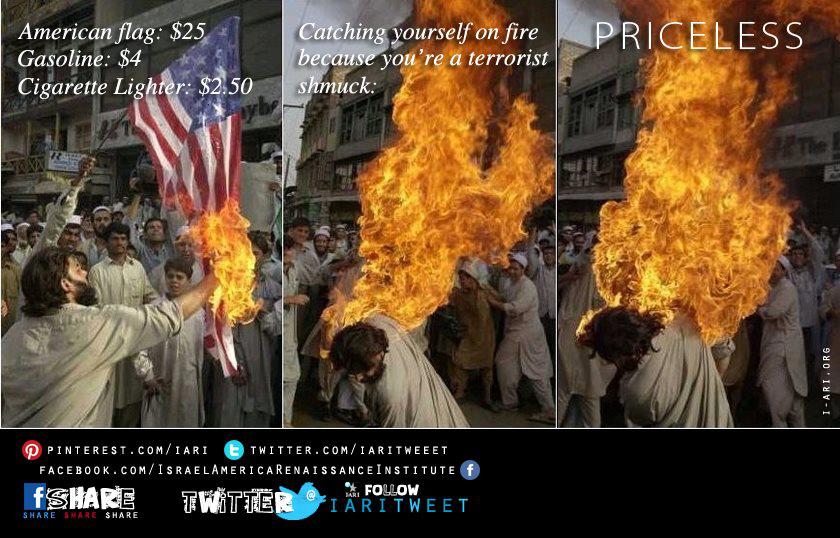 a short course, part 5 taqiyya: A Concept of Deceit that Security Professionals Must Know

Offensive jihad 'talab':
9:29 "Fight those who do not believe in Allah"

9:5 "KILL the unbelievers (mushrikun, associate partners with Allah, e.g. Trinity of Christians) wherever ye find them"
Ibn Kathir: "...means, on the earth in general"

The assassinations of satirical poets in early Islam

"... Muhammad was a great leader. He fought many offensive battles, tortured, looted and killed innocent people and raped their women, assassinated his critics, ordered mass murder, addicted to pedophilia and reduced thousands of others into slavery in the name of God. His conduct was ungodly. But he also successfully twisted the sense of morality of his followers, distorted their sense of Humanness and linked doing good and a service to God to all ungodly things ..."

click to zoom ¬
Allah’s war covenant with the Muslims

Allah declares war on every non-Muslim (after 1st option 9:6 invitation to Islam), who 7:103 "reject his signs(Quran)" —> 5:33 "… main for MISCHIEF through the land is: execution, or crucifixion, or the cutting off of hands (Q5:38-40) and feet from opposite sides, or exile from the land"

He writes on page 72 of his book The Political Language of Islam, that

...the overwhelming majority of classical theologians, jurists, and traditionalists [Muslim specialists in the Qur'an, hadiths, life of Muhammad, and Islamic law] ... understood the obligation of jihad in a military sense.

Lewis also writes, on page 31 of his book The Crisis of Islam, that

For most of the fourteen centuries of recorded Muslim history, jihad was most commonly interpreted to mean armed struggle for the defense or advancement of Muslim power.

"I have been ordered to fight the people till they say: 'None has the right to be worshipped but Allah.' And if they say so, pray like our prayers, face our Qibla and slaughter as we slaughter, then their blood and property will be sacred to us and we will not interfere with them except legally and their reckoning will be with Allah."

...Ali went a bit and then halted and did not look about and then said in a loud voice: Allah's Messenger, on what issue should I fight with the people? Thereupon he (the Prophet) said: Fight with them until they bear testimony to the fact that there is no god but Allah and Muhammad is his Messenger, and when they do that then their blood and their riches are inviolable from your hands but what is justified by law and their reckoning is with Allah.

IN CORE ISLAMIC TEXTS, MUHAMMAD REFERS TO HELP FROM TERROR, HIS RIGHT TO BOOTY, AND HIS MISSION TO ALL MANKIND

Abu Huraira reported that the Messenger of Allah [Muhammad] (may peace be upon him) said: I have been given superiority over the other prophets in six respects: I have been given words which are concise but comprehensive in meaning; I have been helped by terror (in the hearts of enemies): spoils have been made lawful to me: the earth has been made for me clean and a place of worship; I have been sent to all mankind and the line of prophets is closed with me.

...the Messenger of Allah [Muhammad] (may peace be upon him)...would say: Fight in the name of Allah and in the way of Allah. Fight against those who disbelieve in Allah. Make a holy war...When you meet your enemies who are polytheists ["polytheists" to Islamic scholars generally includes Christians and Jews, because of, for example, Quran 9:30] invite them to three courses of action. If they respond to any one of these, you also accept it and withold yourself from doing them any harm. [1] Invite them to (accept) Islam; if they respond to you, accept it from them and desist from fighting against them. ...[2] If they refuse to accept Islam, demand from them the Jizya [protection poll money non-Muslims must pay to Muslim overlords for the right to live, and as an indication of non-Muslims' "state of subjection" spoken of in Qur'an 9:29]. If they agree to pay, accept it from them and hold off your hands. [3] If they refuse to pay the tax, seek Allah's help and fight them...


TERROR AND BEHEADING IN THE QUR'AN
Qur'an Chapter 8, Verse 12 & Chapter 47, Verse 4
(graphic video: brutal beheading with a knife / sword "human")
When your Lord revealed to the angels: I am with you, therefore make firm those who believe. I will cast terror into the hearts of those who disbelieve. Therefore strike off their heads and strike off every fingertip of them.

O ye who believe! Fight those of the disbelievers who are near to you, and let them find harshness in you, and know that Allah is with those who keep their duty (unto Him).

On page 222 (326 in the Arabic) of THE EARLIEST MUSLIM BIOGRAPHY OF MUHAMMAD, HE AFFIRMS THAT THOSE WHO DO NOT FOLLOW HIM WILL BE SLAUGHTERED

Abu jahl said to them: "Muhammad alleges that if you follow him you will be kings of the Arabs and the Persians. Then after death you will be raised to gardens like those of the Jordan. But if you do not follow him you will be slaughtered, and when you are raised from the dead you will be burned in the fire of hell." The apostle [Muhammad] came out to them with a handful of dust saying: "I do say that."
Home