Video: Page iv "… smash it (Islam) into pieces and pulverize it!"

100 KB '… You ask: "Can Islam be reformed?" No, it can't! To reform Islam you have to FIRST get rid of Muhammad and SECOND get rid of the Quran. … Muhammad (aka Allah) said that he has perfected his religion (Q. 5:3). How can you improve something, which is perfect? …'

Either Muhammas was a liar, or the timeline is corrupted and in error.

Ali Sina , "If you want to have a good understanding of the context of the (confused) Quran you have to read the Sira of ibn Ishaq or the history of Tabari"


Ali Sina (end, –0:30) '… If you are a prophet of God, you must live a pious life and set a perfect example for mankind. You must never lie, cheat, steal or murder. One be movingly compassionate and merciful; to love other humans unconditionally.

Muhammad was a genocidal maniac, a pedophile, who had slaves, tortured people, robbed meccan caravans, cheated on his wives, ordered political assassinations, and the death of those who left his religion.

If you are a Muslim, please leave the horrors of Islam. There is no evidence that this man was a prophet but there is tons of evidence that he was evil.' 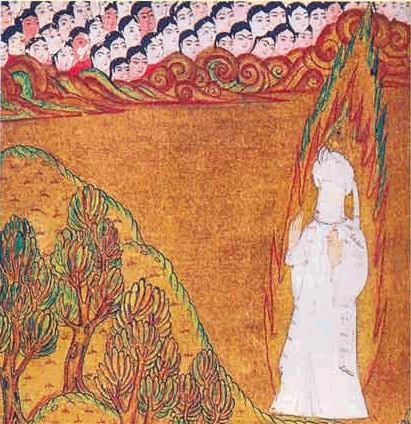 Massacre of Banu Qurayzahy
"We aim to promote human rights and democracy among Muslims. We oppose Islam, not Muslims. We are against hate, not faith."

Author Dr. Vaknin 'Ali Sina's book offers an explanatory scheme. One "a-ha" moment chases another….'
Page iv "…that he decided to launch his counter-jihad. He believes that reforming Islam is immpossible. That Islam is like a brittle stone. You can't mold it, but you can smash it into pieces and pulverize it. Muslims are aware of its vulnerability and that is why they are so intolerant of criticism….

…Ali Sina believes that Muslims are primary victims of Islam. "My objective is not just to expose the dangers of Islam, but also to rescue Muslims from this web of lies…."

Ex-Muslim Dr. Wafa Sultan, "I believe our people are hostages to our own beliefs and teachings," she said in an interview this week in her home in a Los Angeles suburb.
Page 255 "…Non-Muslims are guilty of naivety. They are the ones who inflame extremism when they validate Islam as a legitimate religion. They have allowed unrestricted propagation of this nefarious cult in their countries, unaware of what Islam really is. Islam does not recognize any other religion or system as legitimate. Wherever it comes to power, it abolishes all human rights…."
Home