"Putting a Happy Face on Evil"


by Ali Sina on the “#MyJihad Ad Campaign” of CAIR (USA)


ONE on many examples; Muslims RIPPED the following verse OUT of context:

STANDARD taqiyyah('deceit', Q3:28, 16:106) try — hide passages in 5:32 ONLY "for Childeren of Israel (i.e. the Jews)" & "unless it be for murder or for spreading mischief in the land"
and the WHOLE ayah of the cruel punisher's Qur'an 5:33 '… CRUCIFIXION … CUTTING OFF of hands and feet' regarding ONLY for Muslims
In short: 'Behave, or else'
'... this verse aggressively point out that anyone opposing the Prophet will be killed, crucified, mutilated, and banished!' 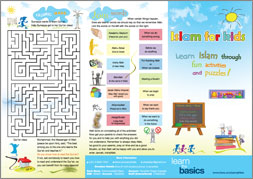 5:38(-40) “As to the thief, male or female, AMPUTATE [ without anesthesia !! ] their hands: a punishment by way of example, from Allah, for their crime: and Allah is Exalted in Power. Full of Wisdom.” Q. 5:39 thieves who repent must still be punished to Bukhari