(video) The Muslim war against the West

—Sabaton "Primo Victoria"
The Annihilation of Civilizations “…Islam is at war with Kafirs (kuffar), and Kafirs are trying to “nice” their way out of destruction. Islam is at war, we are at nice. Mohammed has a dream that is coming true while we sleep.” 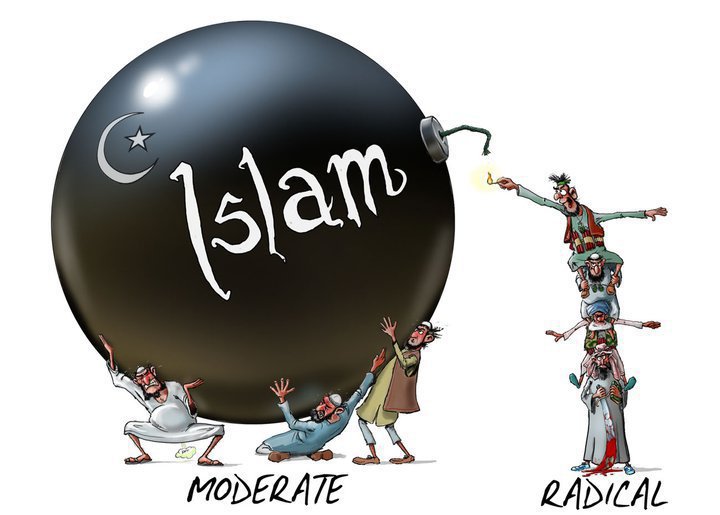 Arab speaking Muslim of Indonesia in her last mail to me on Facebook:
“i just want to help you. don't forget that Allah can forgive you if you become a true moslim (i.e. a martyr). sweet dreams”

"Understanding Muhammad" Page 254 …Time is running out. If Isalm is not defeated fast, we will be facing a future that will make the horrors of World War II look likes child's play.            Islam is an epidemic of mental illness bequeathed from one man to his entire followers. This psychosis attaching itself to "God" makes the most vicious threat against humanity that we have ever seen. Failure to see that threat and stop it soon, can result in the greatest calamity mankind has ever seen….

Page 259 …Isn’t it better to wage this war through dialogue than wait and fight it with bombs? Isn't Neville Chamberlain's legacy of appeasement of Adolf Hitler and Nazi Germany with his signing of the Munich Agreement in 1938, conceding Czechoslovakia to Hitler enough to know that we must never bend to the demands of bullies?….

"America is not dead. But it is time to stand up."
— Pamela Geller

"Wake up America, and fight for your life"


A society which sells Islam as peace™ has a problem! 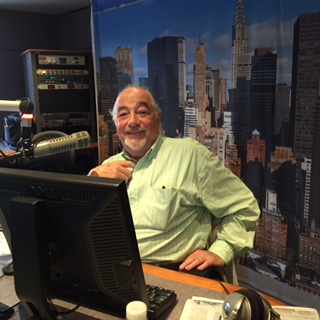 jihad talab (offensive jihad, e.g. the essence of Islamic teachings Q. 9:5, 9:29 “Fight those who believe not in Allah nor the Last Day…”, NOT “…who make war, or are rebellious on Muhammad”) & the alleged second type jihad al-daf’ (

8:12-7 "… those who disbelieve. Therefore strike off their heads and strike off every fingertip of them." Behaeding unbelievers with a knife ("brutal") / sword ("human") / axe 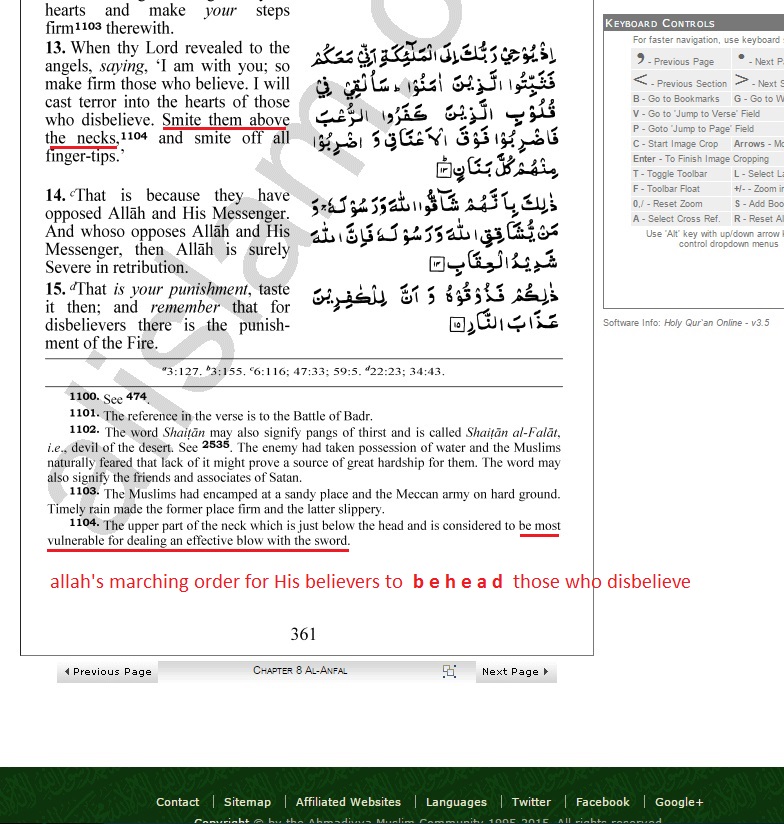 The Quran (compiled [almost] by length of verses, NOT by time 75:17) has only an immediate context, i.e. previous/following verse(s)


(At the end of video, I don't understand why the allies shoot the capitulated Nazi soldiers)

108 KB “… Fighting jihad is prescribed for ALL Muslims (2:216). Jihad stands on two legs. One is terror and the other is deception or Taqiyyah 3:28. Both are essential for the advancement of Islam. Militants do jihad with violence and moderates do jihad with Taqiyyah. Moderates hold you down infidels while militants cut your throats. …”

Divide people - THE essence of fascism


Robert Spencer (2:00) “These are POLITICAL statements
NOT just RELIGIOUS statements
… the best of people rule … the worst of people are ruled and are subjugated” (jizyah, as so-called dhimmi 2nd class citizen Q. 9:29 [or 3rd class, under Muslim women])

The same concept of “Adolf Nazi” with his Aryan cult, SUPERmen & subhumans e.g. the Jews


“Israel stands in the FIRST row of global jihad … we are ALL Israel”
Dutch MP Geert Wilders, “New York Times” Bestseller author Robert Spencer
“If Israel goes down, we ALL go down!”
Jose Maria Aznar (former President of Spain) 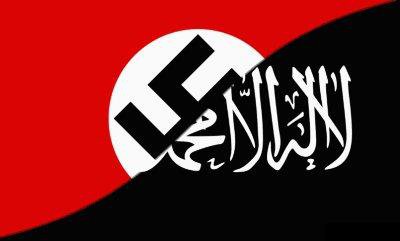 About the Author Page iv …Ali Sina believes that Muslims are primary victims of Islam. “My objective is not just to expose the dangers of Islam, but also to rescue Muslims from this web of lies”….

Page v …Faith Freedom International has grown to become a movement, a grassroots movement of ex-Muslims. Its aims are (a) to unmask Islam and show that it is an imperialistic ideology akin to Nazism, but disguised as religion, and (b) to help Muslims leave it, end this culture of hate caused by their "us" vs. "them" ethos and embrace the human race in amity....

Where Are We Headed Page 255 …Non-Muslims are guilty of naivety. They are the ones who inflame extremism when they validate Islam as a legitimate religion….

Page 256 …Muslim immigrants are flooding Western countries with the intent of taking over these lands. Shortsighted, unsrupulous politicans bend over backwards to appease them and praise Islam as a “religion of peace” to vie for their votes. Some (UN United Nations) have gone so far as to pass "blasphemy laws" in order to ban criticism of Islam + (Anti blashemy reselution)….

Page 259 …Ex-Muslims are the best allies the world has in this war. They know the evil of Islam, they know the value of freedom and they are determined to preserve it…. 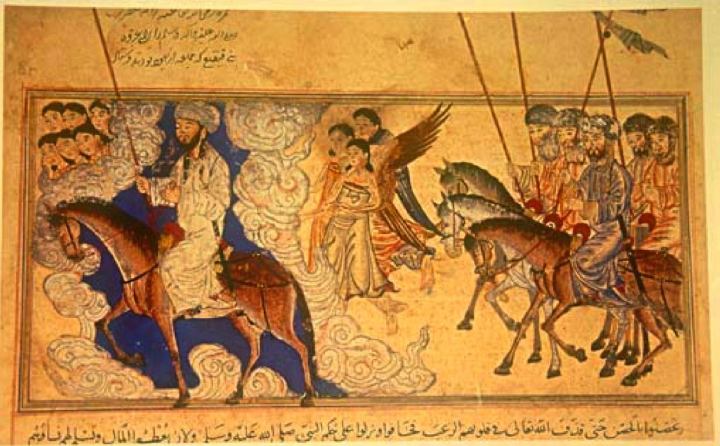