61:4 "Truly Allah LOVES those who fight in His Cause (world domination) in battle array" (8-9) "… that He(Allah) may make it conqueror of ALL religion however much idolaters(unbelievers) may be averse." 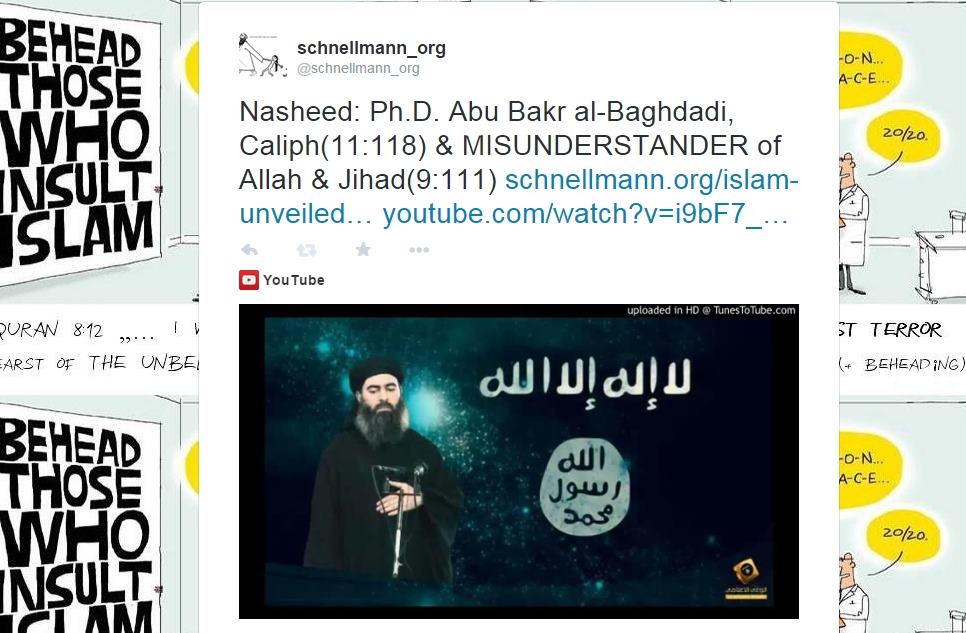 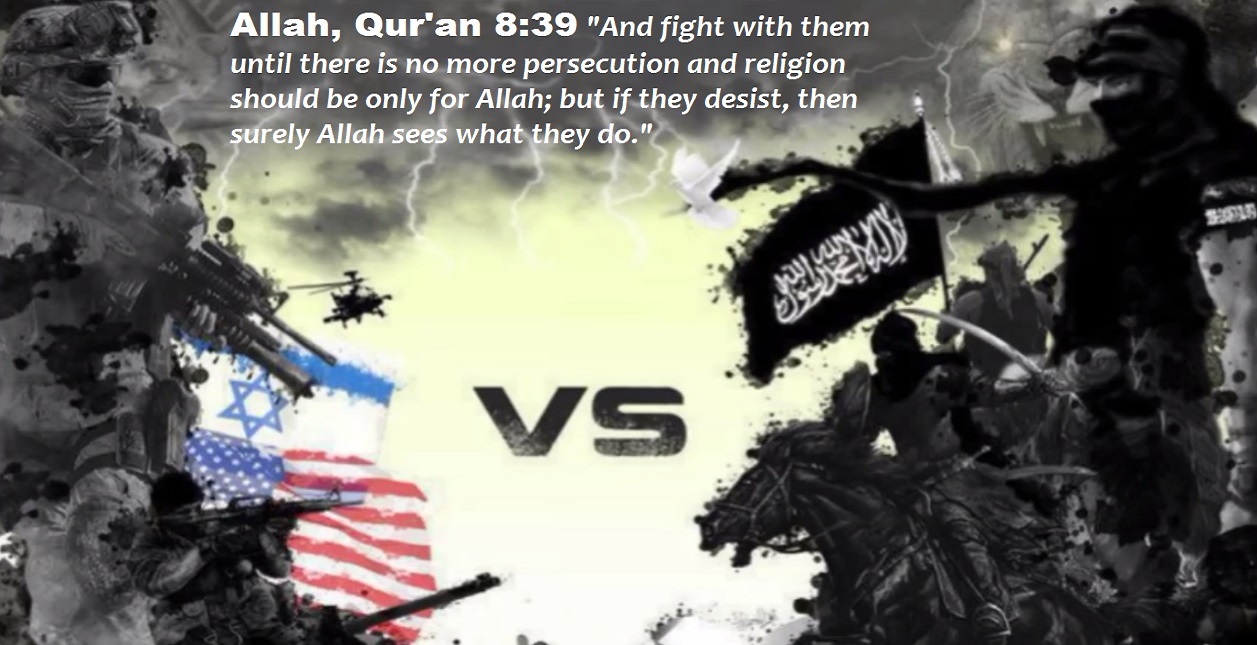 Sample page 62 of this astonishing book (amazon.com) The Story of Mohammed - Islam unveiled (Oct 2013) Harry Richardson:
This is how Jihad works, slowly, step by step, leaders, opinion makers, academics, journalists, organizations and eventually the general population, are cowed in to submission (Remember Islam is Arabic for submission, 9:29) and forced to accept responsibility for deliberate Islamic attacks against them. [2 Min '… you can't defeat an enemy you DON'T understand', e.g. classified as 'workplace violence' by the Obama administration, former Army psychiatrist Nidal Hasan killed 13 and wounded 32 in what he described as an act of jihad against soldiers, 9:29] 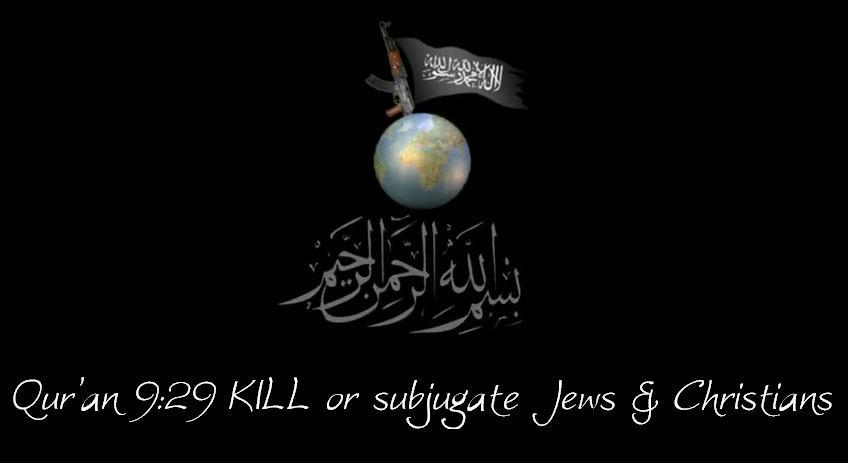 Pretty soon, people get the message and every attack is greeted with the expected response, "what must we have done to cause this, it must be our fault because the invasion of Iraq/Afghanistan/support for Israel/the Crusades/discrimination/islamophobia/our causing poverty etc. etc."

Never, ever, does Islam take responsibilty because it is a peaceful religion with a few (million) extremists who have misunderstood it.

Now imagine yourself in the position of a military commander trying to take control of a nation. Every time you attack your intended victim, they blame themselves for your aggression. They hold inquiries to find which of them is guilty and instead of attacking you, they attack thier own Government/institution/anyone they can think of. How can you lose? You just keep up the relentless series of attacks [in this case: Islam, 9:111 'slay and are slain' for promised paradise] and blame the victim every time [in this case: U.S. of CAIR, yelling loud ever and ever again & remind the American people of 'Islamophobia'] until they finally capitulate.

Can you now understand the awesome power of Jihad? You can't beat it with with nuclear weapons or smart bombs or stealth bombers. It doesn't matter how many laser guided missiles or unmanned drones you have or how well trained your army is. If you are too afraid to admit who your enemy is, then you might as well throw them all in the bin for the good they will do you. You cannot beat Jihad with force, it is too powerful, don't ever bother thinking about it, the army will not save you from Jihad.

The only thing that will save us from Jihad is the truth and:

HORROR#1 Muhammad's "best example" Q33:21 in Bukhari "Punishment of Disbelievers (automatically) at War with Allah and His Apostle" No. 794 "Some people from the tribe of 'Ukl came to the Prophet and embraced Islam [embrace only as so-called "Hypocrites" Q.33:23,24 fear of being killed, Q9:5]. The climate of Medina did not suit them, so the Prophet ordered them to go to the (herd of milch) camels of charity and to drink, their milk and urine (as a medicine). They did so, and after they had recovered from their ailment (became healthy) they turned renegades (reverted from Islam [Allah, Q4:88-89 "kill them wherever you find them"]) and killed the shepherd of the camels and took the camels away. The Prophet sent (some people) in their pursuit and so they were (caught and) brought, and the Prophets ordered that their hands and legs should be cut off and their eyes should be branded with heated pieces of iron, and that their cut hands and legs should NOT be cauterized, till they die."